Mechanisms of Mindfulness: How This Meditation Technique Works

For a long time, mindfulness has been used to mean being attentive to the important parts of the experience you have felt without being judgmental about it. There are different mechanisms of mindfulness that one should consider trying if he or she wants to be fully present and accepting of life.

Do you know that the reason people meditate is to get into the state of mindfulness? The mechanisms of mindfulness and meditation can be linked to the Buddhist tradition that many have gone on to appreciate. It is said to have been made popular by Jon Kabat-Zinn.

There are four mechanisms of mindfulness meditation, and they are used to talk about how this act works on the body. They are attention regulation, body awareness, emotion regulation, and a change in perspective on the self.

Every mechanism that is stated is said to be linked to one another.

This is a process of having one’s attention being focused on an item, while knowing that distractions exist, before plunging their undiluted attention to the item again. There is proof that this mechanism for attention regulation is affected when mindfulness meditation is carried out.

When this occurs, you will notice that the rostral anterior cingulate cortex is activated greatly, while the same thing is done to the dorsal medial prefrontal cortex.

What this goes to show is that meditators are known to easily understand conflict and can regulate their emotions.

This occurs when one can easily focus their attention on a task that is occurring within their bodily system. When some mindfulness meditators were interviewed, a number of them said that they could feel their body moving when they walked.

There are two ways that a mediator may notice this body awareness and it is talked about below.

For those that meditate, they noticed a larger cortical thickness, while their gray matter concentrated a lot at the right anterior insula.

Do you know that mindfulness meditation is capable of tutoring one on how to manage their pain? It’s all about observing pain as it happens in the body, and letting go of the struggle with it.

Normally, one’s emotions are controlled behaviorally or cognitively. When cognitive regulation is concerned, it means being able to regulate how one’s attention is focused on a special stimulus.

Change in the Perspective of One’s Self

Mindfulness meditation focuses on living in the present moment. This forces the mind to stop worrying about the past and the future, which softens your self perception. Gradually and with enough practice, you’ll learn how to let go of self-judgement and just be content and peaceful as you are. That’s when you know you’ve reached serenity.

HOW MINDFULNESS EMPOWERS US TO BE BETTER HUMANS

The world we live in today is hectic. You are keeping up to time,  taking care of the laundry, still keeping an eye on the kids, and trying to get a glimpse of the TV. Read more… 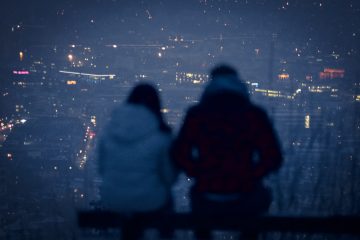 WHEN TO LEAVE A RELATIONSHIP

So many people are in a suffering relationship. How do I mean? Some individuals have decided to remain in a relationship they know has no future for them, but they find it difficult to leave. Read more…

How Do You Handle Stress if You Have Kids?

I am going to have kids in this life. And when I do, I wish and pray I would know how to handle the stress of life and my kids with grace, peace, and harmony-filled Read more…