Which Sense is Most Closely Linked to Memory?

The human body has different sense organs; each having its own unique function. Some senses are responsible for more than one specific function. The sense of smell happens to be one of such. Apart from its regular function, the sense of smell is closely linked to memory and helps us remember past incidents. This is the reason why the smell of an age-old cookie, which you ate as a child, will instantly bring back childhood memories. Many reasons are responsible for the powerful connection between smell and memory. Some of them are highlighted below.

More on Your Sense of Smell

The primary reason for the elevated impact of the sense of smell on memory is its peculiar biological makeup. Other sense organs like the eye, skin, and tongue send sensory information to the thalamus (which relays the signal sent to the brain) before sending it to the hippocampus and the amygdala (which are responsible for memory and emotive response). But the process is shorter for smells. Scents override the thalamus, because the olfactory bulb (the brain’s smell hub), is already directly linked to the hippocampus and amygdala. This is why a familiar smell can rapidly trigger a series of thoughts.

Also, some people believe that the reason for close links between the sense of smell and memory is traceable to human origin, i.e., evolution. The reason for this thought is that smell is the most basic sense which influences the interaction between unicellular organisms and environmental chemicals. Hence, it is safe to say the sense of smell is the oldest in the history box of evolution. Maybe this is why humans have well over 1,000 smell receptors and barely about three receptors for light and touch.

Again, some scientists have concluded that the “Ol’ Memory Factory” is the reason why memories linked to smell are so vivid. The explanation behind this theory is that the olfactory bulb possesses a memory storing capacity in the piriform cortex. The research disclosed that the piriform cortex is capable of storing information in long-term memory.

Isn’t this amazing? It means you can deliberately decide to link smell to memory and that memory will be saved in the archive of your long-term memory. So, of course, you can close your eyes and inhale the scent of that elephant grass in your mum’s garden and be sure that it will always remind you of home.

What is Explicit Memory?

Explicit memory. I couldn’t wait to write this piece. I’ll define it in short terms before I explain it further for you to understand.  How can one understand Explicit Memory? When you have an exam, Read more… 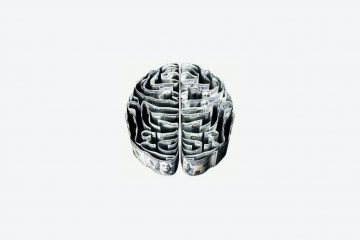 How to Increase Memory

Hello everyone. Today I’ll be talking about wonderful ways you could increase the rate at which you remember stuff, at which your memory would be better, and ways you would remember the name of that Read more…

Memory Exercises Specifically for After a Heart Attack

After having a heart attack, there is a need for you to take up some exercises that would strengthen both your physical body and your memory. Rehab centers for people with heart attacks have fully Read more…